Wow, coincidence? After much neglect I come back to this blog, answer a few questions and do some updates. While trawling around I notice that the last post I made was exactly one year ago today!!

Maybe it’s the time of year. The cold weather has me relaxing on the couch keeping warm; no doubt the same was probably true this time last year too. Cold and I don’t get along all that well…

So a year is a long time, and thinking back I’m trying to piece it all together in my head. What’s changed, what’s new etc. 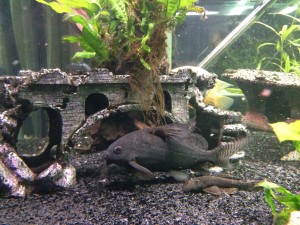 Some of the inhabitants in the large tank

The main change I guess are that I’ve moved house. After some drama with a flatmate who thought rent was just a suggestion for her (Lets just say I even consulted a lawyer…) and the other good flatmate I had left to move out of the area, I had the place to myself so it was a good time to make the move. What a mission; those of you who know me know I have 2 decent sized fishtanks… I’m never moving again!!! And it is nice and close to the fire station which actually makes it faster to run there when there’s a callout than to get the car out!

One of the other problems with moving is my 2 cats. Things seemed to go really well with them though, and a couple of months in they were still happily making the place their own. However about 3 months ago, one of them went missing. So after all this time I’d pretty much settled on the idea that he’d had an altercation with a car or some such, but last weekend I got a phonecall… 3 weeks ago he had apparently turned up at my old house, and the lady who had only just moved in there looked after him and eventually contacted the SPCA. 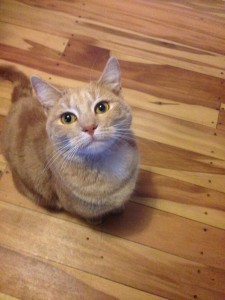 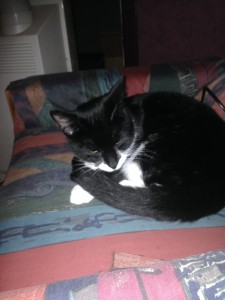 Fortunately he was chipped so they got in touch with me, but it was amazing that he’d done so well for so long, and that the lady moved in in time and was good enough to look after him while I got the chance to pick him up. Both my kitties are now settled in enjoying the warmth too. I’m a big softy really, and I do love my kitties. 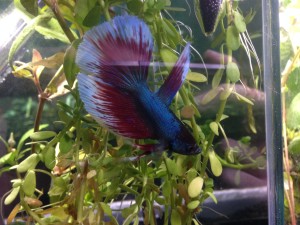 The other recent addition to the household is a lovely Betta. Ryu (Ryūjin) is a Super Delta, and he’s gorgeous, as far as fish go anyway.

Oh yeah, I almost forgot, a travesty occurred… a favourite shop of mine run by really nice people had to shut down. I was fortunate enough to be able to help them pack the place up hopefully to start up again at a later date but in the mean time I’m happy to count them as my friends. It’s funny the places you meet people and those that stick in your life, but good people are good no matter where they appear from.