I’m not sure if you have ever heard of a guy called Theo E.J Wilson, but a recent conversation reminded me that a while back saw a video of his that got me thinking. The original was from Buzzfeed and posted on Facebook, but he also spoke for TED Talks.

I’m not going to go into what he was about, but he raises the concept (and I agree with some of his concepts) that the area we grow up in, the circle of friends we end up with, the online interaction we have, all result in an environment where the ideas we develop are supported in a way that seems to justify them as correct.

Unrelated, I had recently been exposed to the world of “Flat Earthers”.

A friend of mine on Facebook ended up part of one of the pages devoted to the top if of Flat Earth. Now, he was on there for a laugh basically, but he invited me and to be accepted you had to answer a number of questions for the admins to vet you.

One of the questions was (I don’t remember the exact wording) along the lines of “are you willing to keep an open mind and generally not just come here to argue”. However it was worded, it sounded like they wanted to keep out trolls, but that combined with what I saw on some of the posts and some of the users who got kicked out of the group made it seem more like it was to reduce any dissenting opinions. 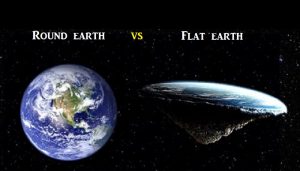 I thought about the questions or requests they make of people in the group, and after watching Theo’s video it led me to wonder if I might be so blind based on being fed certain information while growing up that I was now just taking all the “supporting evidence” that the earth is a spheroid, based upon foundations that were biased. After all, Theo had a point and it’s one I’ve expressed numerous times about us being a product of our environment: children of people who are racists are told that “those people are bad” and grow up to be racists spouting the same rhetoric (okay, that’s a gross generalisation but I think the concept is valid).

Are we are no more than a product of our environment?

I’d like to think I’m a reasonably intelligent human being. However, let’s consider for a minute, that all the things I was taught to be true, are the foundations for how I now judge information. The people I grew up with, were taught the same things, so when I say that 1+2=3, everyone may agree but is that because it’s the truth, or because that’s what they were all taught, and I’m not exposed to anyone who was taught something different. 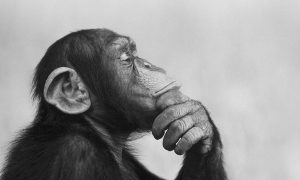 Don’t get me wrong, I still believe the earth is round and that 1+2=3 is valid math’s. But the idea that you form friendships and surround yourself with people who agree with you leading to the sense that your beliefs are accurate does lend itself to a limit to exposure to alternative ideas. When you hear the earth is flat, you and EVERYONE who is a part of your life say no, so your idea that what you were taught is right and those saying otherwise are idiots is validated.

We start dismissing ideas without necessarily testing the idea.

Now flat earth may not be the ideal example here by any means, but it’s what I applied my thought to so that’s what you’re getting. I saw a number of people asking questions like “if the earth is flat, why can’t we get to the edge”, or “if the earth is flat, why do we have seasons/eclipses” etc. and often these were answered with “I don’t know” (which I don’t mind as an answer, we don’t have to be able to explain everything ourselves) or the good old chestnuts “you just have to believe”, “it’s a conspiracy” or various other things along those lines. And often, the posts devolved and/or the person asking the question was ejected from the group.

I’ll leave the flat earth debate there but hopefully, I’ve illustrated my point sufficiently, and my point is this. Don’t just take what you are taught as truth because you were taught it. Think critically, use the scientific method, evaluate information with an open mind rather than just a “no I was told that was wrong so I believe it was wrong”.

The other thing I think we all need are friends who are willing to challenge us. If I say to my friends that I think that the earth is flat, I’d like them to be able to reason with me and hear my side of the story, having an intelligent conversation. Without working through ideas we never really broaden or open ourselves to the reality that not everything we believe is true. And that’s okay! What’s not okay is to write off an idea without considering it.

Challenge me. The path to expanded knowledge and shared understanding is the path to peace and harmony in the world. Argue rationally and respectfully. See the other side of the argument, and don’t think that if you don’t come out the other side agreeing that either of your sides is right or wrong, just as if you do both come to an agreement that still doesn’t mean your side is right! Knowledge is an evolution, and while I believe the earth is round, global warming is a reality, and Trump is a terrible human being, I’m open to discussion and having those ideas challenged. Just bring reason, not “I just believe it”. “Yes people” have no value in the furtherment of the human race (or none that I can think of; maybe I’m wrong).