It’s late, I’m tired and my mind has turned its thoughts to “friends”.

I’ve spent the last couple of days doing a little consolidation of servers in between other work. A couple of posts ago I wrote about moving everything to AWS Lightsail; well I’ve now moved them to plain old AWS EC2 instead.

Why? A number of reasons really. It was much easier to consolidate them into a single server so cost-effective. And it’s a model I’m much more used to; installing things from the ground up, compiling Nginx with the configuration I want, getting Letsencrypt SSL running etc. While this was doable on Lightsail, the default approach is fairly template-based and I’d rolled out WordPress with the Bitnami templates, which work really well for most users but as somewhat of a power user I found myself having to work AROUND all their nice user-friendly setup.

The last site to bring into the fold was this one; “Random Insanity”.

The ramblings of an overactive mind

While checking things were up and running after the transfer (and killing time waiting for a client to come online), I spent time on my last blog post about Letsencrypt and my latest little bit of coding, played around with themes, and spent a while trawling through older posts checking that everything was playing nice.

And wow, I may not post much, but some of the ones from years ago stirred up a bunch of memories about times, places and people that have come and gone from my life.

Particularly it got me thinking about friends whom I don’t necessarily see or talk to as much as I’d like it to be. And it’s not like we had a falling out or anything. Many times it’s just an evolution of life; we get busy and so wrapped up in often unimportant things. And everyone does it at some point. So while my mind was strolling down memory lane, with YouTube playing enough music to keep me awake and positive enough, I decided to plug this less-technical post in – who knows maybe with the change in my work status I’ll start putting stuff on here more regularly.

I don’t know that there is a solution to the fading of people from our lives. I’m not even sure it is a problem in the first place. Sure, I wish some of those people still played as much of a role, accounted for hours of conversation on a regular basis, shared with you and allowed you to share with them, but for better or worse I don’t think many people can count in high numbers those that have stayed with them throughout huge swaths of their lives.

I’ve got some awesome friends who I am very grateful for, and who I wouldn’t want to be without. But I can’t help but wonder just how people I’ve felt that way about in the past are now little more than an occasional thought and smile about what was, and one day who of the current list are going to fall by the wayside too. It’s an interesting thought, albeit a little depressing if you dwell on it in the wrong way. 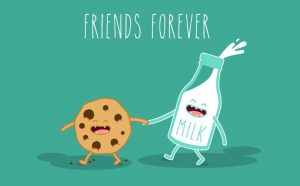 So, to friends past, present and future. Thank you for the role you have/do/will play in my life. I guess we can only trust that the coming and going is for the right reason in the grand scheme (and if someone wants to tell me it’s God’s will or some such rhetoric I’m pretty sure we can shuffle the “into the past” process along. Just saying.).

I do hope, however, that those I don’t see often, don’t talk to often beyond the occasional birthday wish or Christmas pleasantry, know they are still valued as friends and while we aren’t in constant communication, I don’t want that status to be forgotten.

Enjoy the new week everyone. Sorry to say, I have another topic in mind for another ramble so you might get bombarded with another post sometime soon. 3 in quick succession; possibly something unheard of in 10+ years!